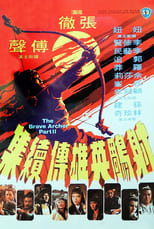 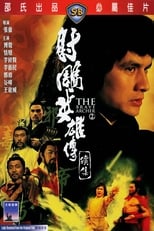 
Huang Rong is taken hostage by Ouyang Feng, who attempts to use her to seize the Nine Yin Manual from Guo Jing. Guo and Hong Qigong rescue Huang Rong and Guo gives Ouyang an "edited" version of the manual, that will eventually cause Ouyang to become insane after he practises the skills in the manual wrongly. Ouyang, Hong and Guo get into a fight, in which Ouyang Ke is injured, and Guo and Hong use the opportunity to escape. However, Hong Qigong is also wounded and he gives Huang Rong his Dog Beating Staff, effectively handing over his leadership of the Beggars' Sect to her. Ouyang Feng and Ouyang Ke pursue Guo Jing and Huang Rong to a deserted town for revenge. Guo and Huang take shelter in an abandoned tavern inhabited by a only a retarded girl called Shagu.