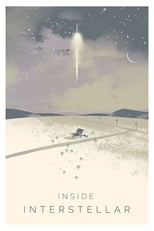 
Cast and crew of Christopher Nolan's 'Interstellar' discuss project origins, the film's imagery, ambitions, incorporating IMAX footage, the human element within the film, arm shooting locations outside of Calgary, the set construction and design, working with real corn, mechanical characters, including backstory, design, the blend of practical and digital effects in bringing them to life, the differences in the characters, the human performances behind the characters, the creative process behind the film's music, Icelandic locations, vehicle interiors, the processes of simulating the absence of gravity, the crucial end-film visuals and influence and inspiration for future generations