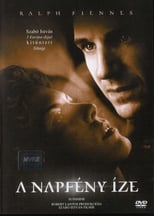 
The film follows a Jewish family living in Hungary through three generations, rising from humble beginnings to positions of wealth and power in the crumbling Austro-Hungarian Empire. The patriarch becomes a prominent judge but is torn when his government sanctions anti-Jewish persecutions. His son converts to Christianity to advance his career as a champion fencer and Olympic hero, but is caught up in the Holocaust. Finally, the grandson, after surviving war, revolution, loss and betrayal, realizes that his ultimate allegiance must be to himself and his heritage.

In a time of revolution, in a family torn by tradition, one man was consumed by love.