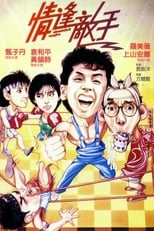 
Eddie (Donnie Yen) is a young man good at both fighting and breakdancing. His cousin Stella (May Lo) has a crush on him, but apparently he loves someone else. Eddie creates trouble when he tries to help out Mini (Yuen Woo-Ping), a hawker whose business is confiscated by the cops. Mini ends up moving in with Stella, Eddie, and his sister (Wong Wan-Si), leading to possible romance as the mismatched couples struggle to get by beneath the same roof. But a powerful fighter named Power (Dick Wei) admires Eddie's skills, and challenges him to a duel. Eddie refuses, so Power kidnaps Stella to get his way. With no choice remaining Eddie, decides to meet Power for a showdown.